Mr. Jones, this is Alex Rodriguez of the New York Yankees.

Good news! I’ve decided to play for the Cowboys for the next, oh let’s say year and a half or so.

Did you now? And why were we the lucky team you picked?

Seemed like a natural fit. The Dallas Cowboys are sort of the New York Yankees of the NFL.

I prefer to think of the New York Yankees as the Dallas Cowboys of Major League Baseball.

To be fair, the Yankees have won a championship in the past two decades.

Sorry, sorry. I’m just really excited for this chance to play for the Cowboys.

Your name is associated with illegal substances. And I have the Cowboys’ reputation to think about.

I can’t have you tarnishing our brand.

What? How would I tarnish your brand?

Says right here in the news that you were caught using PEDs. That’s performance-enhancing drugs, no?

No, no, a PED is um…it’s a pink emerald diamond.

That doesn’t sound right to me.

I don’t think so.

Look, there’s no way I can sign you to the Cowboys. You’d be the most hated man in the city of Dallas!

Don’t you guys have Tony Romo?

Okay, you’d be the second most hated.

Hi, is this Rob Chudzinski, coach of the Cleveland Browns?

Yes it is. CAN YOU PLAY FOOTBALL?

I… well, that’s why I’m texting you sir. This is Alex Rodriguez, and…

YOU WANT TO PLAY FOR THE BROWNS?

Great. Practice is at 10:00 tomorrow morning.

Well, this was easier than I thought.

Have you ever played football before? Any kind is fine. Semi-pro, high school, Madden on the XBOX?

You know what? Doesn’t matter. I’ve got an old “So you want to play football” VHS around here somewhere. You watch that for 20 minutes, you’ll be good to go.

I appreciate this opportunity, Coach.

Appreciate whatever you want. We are DESPERATE here.

I took this job in January, assuming I’d find some semblance of professional quality talent on this team.

You’re currently penciled in as the starting free safety.

Wow. Okay, well, it’s not the same thing as baseball, but I’ll do my best.

Huh. Okay, that might come in handy, I guess.

You didn’t know I played baseball?

So, you’re just offering roster spots on the Cleveland Browns to pretty much anyone?

No, not anyone. Don’t be silly.

They have to text me first.

Hello Alex. What do you want?

Very clever. Now what do you want?

Well, maybe you should register for the “supplemental” draft.

I need a job for the next couple of years. So just tell your supervisor or whoever to sign me to a contract. I can be your backup!

No. We just signed Vince Young. That means we already have one guy who doesn’t know how to throw a football. We don’t need another.

But bro, you and me could be the A-ROD BROTHERS.

Think about it. We’d be a couple of HOT RODS.

THE BODS WITH THE RODS!

Please bro? I’m, begging you. I need this gig. I need it BAD.

There are only three strip clubs in Green Bay.

Coach Belichick? This is…

Because I know everything. MY SPIES ARE EVERYWHERE.

Okay, well, I was wondering if you had an opening on your roster for the next, oh, say 20 months or so.

Hmmm. It wouldn’t be the first time we’ve signed a player from New York who can’t throw a football.

I know. I was monitoring that text.

So then you know that I need this job pretty badly.

Because I have a lifetime .300 batting average?

Because I’m a three time MVP?

Because I’ve recently been caught lying and cheating to gain a competitive advantage?

My god, you’ve got “New England Patriot” written all over you. WELCOME ABOARD SON. 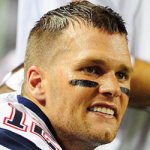 Tom Brady: “I Think The Colts Are Going To Beat Us This Weekend. Let Me Tell You Why”

City Of London: “That’s All The Football We Need Now, Thank You America”