Cable giant ESPN has been the subject of intense criticism Â after allowing fifteen minutes of airtime to pass Friday evening without a single mention of Jets quarterback Tim Tebow.

“Meanwhile, Tim Tebow picked up his dry cleaning, grabbed some take-out from Arby’s, AND used his hands free calling device to make not one, but two phone calls from his car,” continued King. “Who was he calling? His mother? The Pope? One of the Pope’s Archbishops, maybe? These are the questions that a so-called ‘worldwide leader in sports,’ should have been speculating on. Now we’ll never know because the ‘lame-stream’ media isn’t covering the important stories like this.”

Andrea Callahan, president of the Devoted Catholic American Foundation, decried the non-Tebow time as, “A slap in the face to good Christians everywhere. It’s all part of the war against Christianity that this country is secretly waging. If they can go a full fifteen minutes without one mention of Tim Tebow, what’s to stop them for not mentioning him for half an hour? Or even a full hour? Ask yourself if that’s the kind of country you want to raise your children in.”

ESPN spokesperson Mike Humes issued a statement early Saturday apologizing for the oversight, and assured viewers, “ESPN remains 100% committed to covering all things related to Tim Tebow, all the time. The unfortunate quarter-hour in question was an oversight by one of our junior producers who claimed he didn’t find anything ‘newsworthy’ in Tebow’s Friday evening activities. Needless to say, that producer is no longer with our company.” 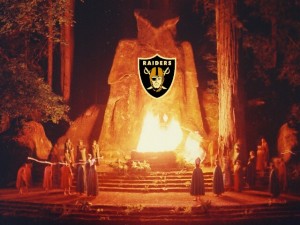