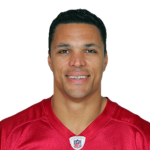 Hi there. I’m Atlanta Falcons TE Tony Gonzalez. As you may know, I’ve played sixteen seasons in the NFL at one of the sport’s most physically demanding positions. I hold the all time league record for both receptions and touchdowns by a tight end. I’ve played in thirteen pro bowls, been named all-pro ten ten times, and am generally regarded as a consensus first-ballot Hall of Famer.

And I’m telling you, if I don’t win a goddamn, motherfucking Super Bowl THIS SEASON, I am going to wreak a path of death and destruction across the land, that will obliterate anyone and everything in my path, including you, your entire family, and EVERYONE YOU HAVE EVER LOVED IN YOUR ENTIRE STUPID LIFE.

Does any of this sound familiar? If so, it’s because I said pretty much the same thing last year. “This is my final season,” “I want a ring,” “feel like I’ve paid my dues,” “I’ll kill you all.” Yadda yadda. Well, we all know how that turned out. Because of Matt Ryan and his so-predictable-you-can-set-your-watch-by-it annual playoff collapse, my Falcons lost the NFC Championship Game to the San Francisco 49ers, who in turn lost the Super Bowl to the Baltimore Ravens.

Which means that something called a “Dennis Pitta” now has a Super Bowl ring after only three years in the league, while I, a handsome gridiron god who’s labored away since 1997 is still ringless. You think I’m gonna let that shit stand? HELL, NO. I’ve spent the past two weeks twisting and yanking the legs of my official “Dennis Pitta” voodoo doll. AND IT PAID OFF! FUCK YOU PITTA! YOU FRACTURE MY DREAMS, I FRACTURE YOUR HIP!

So anyway, thanks to Matt Ryan’s traditional Janu-fail, I have to drag my weary bones BACK to training camp for one more miserable season of getting my head bashed in by Jonathan Vilma, Gerald McCoy, and Luke Kuechly. Because I’ll be GODDAMNED if I’m gonna call it quits after almost two decades of playing this stupid game and not have a big-ass ring on my meaty finger to show for it.

So for the benefit of you readers who happen to live in the greater Atlanta area, let me say this: If I don’t win a Super Bowl this year, then you better make peace with whatever god you worship and kiss your children goodbye, because I will become DEATH, destroyer of worlds, and when I kick in your front door like a wild banshee, the last thought you’re gonna have before I split your head wide open with a rusty machete will be, “Huh. Death sure does look a lot like a big-ass, pissed off Mexican dude.”

And for the benefit of you readers who happen to be Matt Ryan, let me say this: you better get ready to have the best season of your miserable life you squirrelly little, bony-faced shit, because if you pull another one of your New Year’s choke jobs and cost me my last shot at a world championship, I’m gonna gut you like a baby pig, tie you up with your own intestines, and drag you behind my pickup truck all the way up the I-5 to New York where I’ll dump your body at the 50-yard line of the Super Bowl that YOU failed to get me to.

Remember, the time of reckoning may soon be at hand. Either I get my ring, or the world gets an avalanche of fury and pain dumped right on its collective heads. Thank you, everyone, for your kind attention. Here’s to a great season! 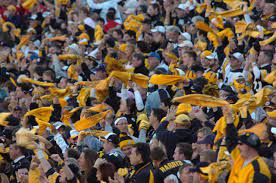