An extensive new study by researchers at Carnegie Mellon University reveals that despite their enthusiastic demeanor and chants of encouragement, a full 73% of NFL cheerleaders secretly couldn’t give two shits which team wins the games at which they perform. 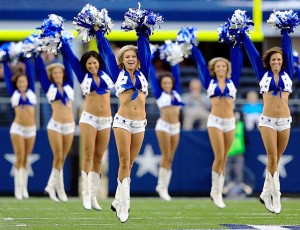 “Honestly? I don’t care if they lose every game this season,” said one Dallas Cowboys cheerleader, who spoke on condition of anonymity. “This gig is just a stepping stone for me. Being a Cowboys cheerleader looks good on a resume, and I’m hoping it leads to a modeling contract with Revlon, or Victoria’s Secret maybe.”

“You know how much they’re paying me to sweat my ass off out there for three hours every Sunday? Less than a hundred bucks per game,” lamented a member of the Cincinnati Ben-Gals. “Christ, I know some middle aged businessmen who’ll pay me over ten times that much just to watch me eat a banana. You think I really give a damn if the Bengals win some stupid game when they’re paying me that crappy of a salary?”

“Truth is, I always root for the visiting team to build a huge lead over us by halftime,” admitted one captain of the Buffalo Jills. “If the opposition is winning by four touchdowns or more in the third quarter, the team policy is that we get to stop cheering, because it looks embarrassing. So that means I get to go home early about four or five games a year, which is nice.”

The report went on to conclude that many NFL cheerleaders barely even follow the sport, and those that do often have conflicting allegiances. 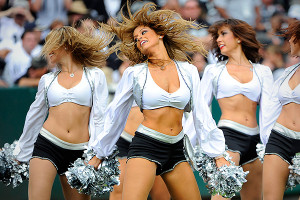 “Once the Raiders season ends in week 17 each year, I don’t watch another NFL game until the next preseason,” remarked a long time Raiderette. “I couldn’t even tell you which team won the Super Bowl last season. Who was it anyway, the Heat?”

“Well I sure as shit follow footbawll. I grew up in south Bahston, and I’ve been a Patriots girl fahh as lahhng as I can remembahh,” said one veteran of the New York Jets “Flight Crew” cheerleaders. “I’m only hee-ah to get nawticed so I can kickstahht my actin’ career-ah. So when you see me out there screamin’, ‘Let’s Go Jets,’ remembahh that I’m secretly thinking, “FACK YOU, YA NEW YAWK BITCHES. GOOOO PATS.” 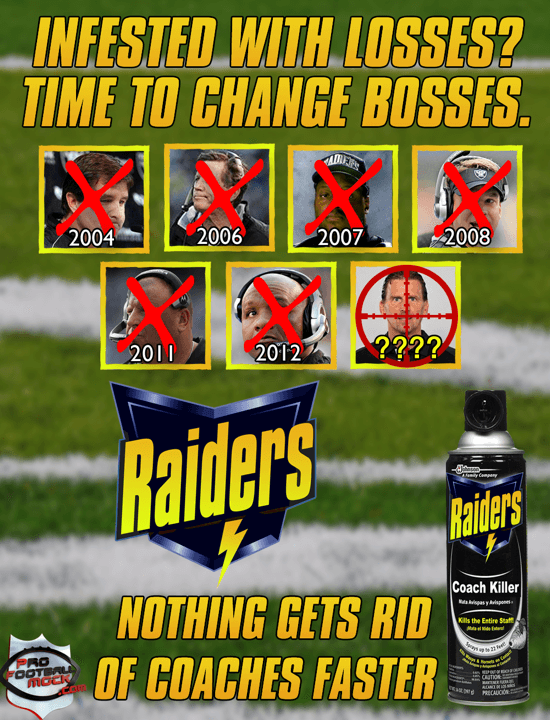