BALTIMORE – According to reports issued today by a table full of Ravens fans sitting in the corner of Baltimore’s Federal Hill Grill, The Pittsburgh Steelers not only “suck balls,” but also can apparently “eat shit, kiss my purple ass, and die,” according to statements released by the group numerous times over the course of the afternoon while discussing this Sunday’s upcoming Baltimore-Pittsburgh AFC North showdown.

“Pittsburgh? More like SHITTS-burgh,” declared one of the group’s spokesmen loudly during the second quarter, between swigs of DuClaw Beer. “Fuck those yellow-and-black wearing, rotten-egg smelling, one-side-logo having Yinzholes. Ya know what I’m saying?”

According to eyewitnesses on the scene, the remaining members of the group corroborated the findings via a series of loud guffaws and extended belches.

“These findings are contrary to all of our existing data, and frankly I have my doubts as to the methodology of these so-called ‘reports,’” said Dr. Scotty Reed, primary statistician for the Community College of Alleghany County in downtown Pittsburgh. “A simple data analysis reveals that the Steelers lead the lifetime series against the Ravens 23-16, and their overall won-loss record since 1996, when the Baltimore franchise came into existence, is nearly a full 20 games better. Additionally, common scientific wisdom has always held that is the Ravens, not the Steelers, who suck giant monkey balls, and furthermore it has long been assumed that all Baltimore players, coaches, and fans are nothing more then tiny dicked, pigeon-fucking ratbirds. I find no evidence in today’s reports to convince me otherwise.” 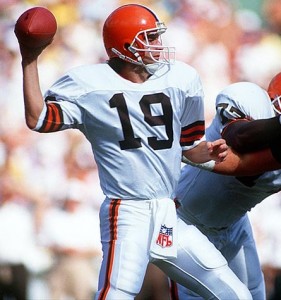