Foxborough, MA – In addition to current allegations against the New England Patriots that the team underinflated footballs during their AFC Championship Game against the Indianapolis Colts, the team found itself today facing a new set of accusations: that for years the Patriots have been overinflating five-time pro bowl DT Vince Wilfork. 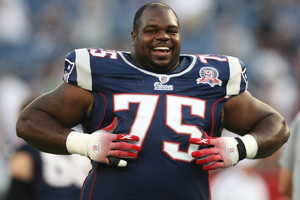 “I believe that New England has been overinflating Mr. Wilfork for years,” said Ravens coach John Harbaugh. “They know they need a big, wide body to occupy space in the middle of their defensive line. So right before each game, they artificially fill him up to make him as wide as possible. During the week, that guy looks like Jimmy J.J. Walker from ‘Good Times.’”

“The Patriots have an intern whose sole job it is to pump up Vince every week before game time,” seconded Boston Herald sportswriter Ron Borges. “I don’t know exactly what they inflate him with, but I have to assume it’s one of the heavier gasses like tungsten hexafluoride. That, and a couple dozen Big Macs.”

Additionally, fresh allegations surfaced Tuesday claiming that the Patriots have been sucking helium from children’s birthday party balloons to place inside their wide receivers’ shoulder pads to help them gain greater altitude on jump balls. 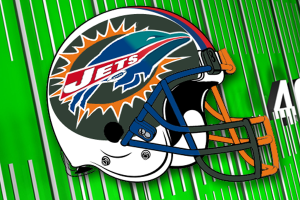 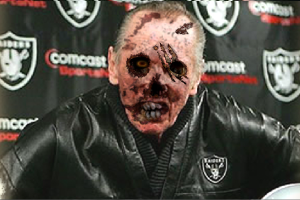