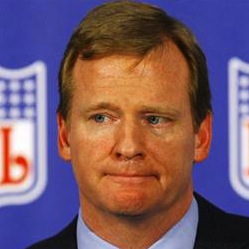 Well, the first couple of weeks of the 2014 NFL season have been pretty awful, haven’t they folks? The excitement of the games on the field has been overshadowed by a flurry of unfortunate off-the-field incidents involving several of our marquee players. I know as fans, many of you are angered to learn of these events, and I fully understand your frustration.

That’s why today, your Uncle Rog is proud to announce that absolutely no NFL player has been accused of any despicable, inexcusable act for at least 48 hours and counting now! That we know of, anyway! Whoo-hoo!

And trust me, I would know. I’ve been nervously checking the police blotter for every NFL city nonstop over the past couple of days. And thank the Lord, there’s been absolutely no accounts of any terrible crimes linked to any of our current players lately. That means I haven’t heard a single report of Ryan Tannehill using underage drug mules to smuggle raw Columbian heroin into Miami Beach. There is zero evidence to indicate that Jay Cutler owns an illegal sweat shop where hundreds of Albanian immigrants work eighteen-hour days stitching imitation Bears jerseys. And if anyone tells you that Peyton Manning’s nineteen Papa John’s franchises in the Colorado market are merely a front for an elaborate production/distribution center for concentrated “blue meth,” then my friends, you can call that person a LIAR.

Likewise, I have no reason to believe that Frank Gore goes to several elementary schools each day forcing 3rd graders to give him their milk money in exchange for “protection.” Or that Calvin Johnson owns a small island in the South Pacific where wealthy big-game trackers pay millions of dollars to illegally hunt humans for sport. And while I did hear a troubling story about Russell Wilson breaking into a liquor store in downtown Seattle to steal thirty dollars and a bottle of cranberry vodka, it turned out to just be a twelve year old local boy wearing a Wilson jersey, so we dodged a bullet there.

Okay, that’s all good news, right? After a bumpy start to the new season, your beloved NFL is back on track with nearly two solid days of felony-free behavior. Yes folks, I’d like to think that it’s my strong leadership and firm rules that have kept us on the straight and narrow path for such an extended time now, and… hold on, I’ve got a call coming in.

Oh no. Someone in suburban Green Bay just saw Aaron Rodgers loading what appears to be severed human limbs into a wood chipper. So now I have to go deal with this now? SHIT!