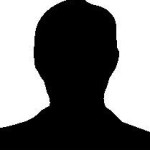 Oh man. I can’t believe it. Football season is almost here. I am just so excited. I’m telling you, the Raiders are going to absolutely dominate the AFC this year!

How can I be so sure, you ask? Well, let’s just count the ways, shall we? First, take a look at how stacked we are quarterback. I mean, come on. Do any two words strike terror in the hearts of a defense more than “Matt Schaub?” With a legendary gunslinger like him on the roster, I think it’s safe to say we now have the best starting quarterback in the AFC West. But just for good measure, we also drafted Derek Carr. That guy’s got the bloodlines of a champion, folks! Yes, our dynamic duo at QB is going to shatter all the NFL’s single-season passing records this year, you can bet your sweet ass on that!

And our team’s dominance doesn’t stop there. Oh no, not by a long shot, mister! Because our 1-2 punch of Darren McFadden and Maurice Jones-Drew at RB will be chewing up yards like crazy on the ground this year. With their fresh young legs, and the remarkable way in which they always seem to avoid injury, there’s going to be no stopping our mighty rushing attack in 2014. 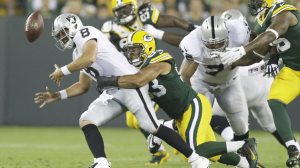 But wait. We haven’t even talked receivers yet. Now look, we could sit here all day and argue about whether Andre Holmes and Rod Streater are the NFL’s top WR combo of all time, or simply of the past 20 years, but one thing is certainly clear: there’s no defensive backfield on earth that can contain the duo everyone refers to as “AndRob HoSteater”

And of course, let’s not forget the mighty general leading these champions into battle. Folks, there’s a reason why Dennis Allen is tied for the longest tenure of any Oakland head coach in the past twenty-five years: because he is simply the best in the NFL at what he does, period. So why would the Raiders fire him when he continues to provide steady, expert leadership year after year after year?

Oh, and also, our defense and special teams are phenomenal, and GM Reggie McKenzie is truly a player personnel genius. Those facts all pretty much go without saying.

So in conclusion, 2014 is obviously going to be the year of the silver and black. We all know that the Raiders motto is, “Commitment to excellence,” and clearly that has never been more true than here in 2014. That’s why I, Mr. Absolutely No One, Esq., can confidently state that Oakland will cruise to the top seed in the AFC this season, which will propel them to a cakewalk victory at Super Bowl XLIX in February. Probably against the Buccaneers or Lions, by the way.