WASHINGTON, DC – Less than 48 hours after losing a divisional round playoff game to the Green Bay Packers 26-21, a distraught Tony Romo allegedly jumped the north lawn fence at the White House and ran screaming into the Executive Mansion’s main entrance today, demanding to meet U.S. President Barack Obama before he was tackled and detained by Secret Service agents, according to law enforcement personnel on the scene. 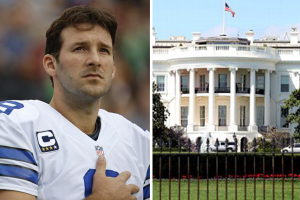 “I can confirm that Mr. Romo was arrested on White House property today, after illegally scaling the fence bordering the north perimeter of the property,” said Joseph Clancy, head of the White House Secret Service. “Mr. Romo was carrying a blue Dallas Cowboys jersey, bearing the number 01, and the name ‘Obama’ stitched across the back. He demanded repeatedly to meet the president, shouting, ‘It’s the only way. This is the only way.’”

Added Clancy: “Needless to say, he had to be tazed repeatedly, which I must admit was fun for me as a Redskins fan.”

“I am highly disappointed to learn of Tony’s shocking White House break in,” Goodell told reporters. “Considering that this was a federal offense which posed a serious threat to national security, I have no choice but to suspend Tony for, ah, let’s say two games with pay as punishment for his actions.”

As a press time, Romo remains free on bond pending an arraignment hearing. According to Clancy, the White House plans to ensure that no more break-ins will occur by replacing the two dozen secret service members currently assigned to the property with NFL referee Gene Steratore and the rest of the officials from Sunday’s Packer-Cowboys game, “since those guys seem to be really good at keeping Cowboys players from getting to close to their goal.” 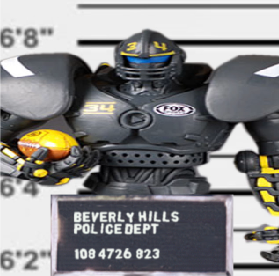 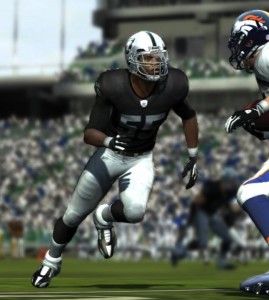