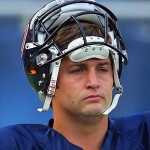 I’m facing a career crossroads, and I don’t know what to do. I work for a title and escrow corporation, and I’ve just been offered a promotion to regional manager, which would mean a nice raise and additional benefits. But if I take the position, I’ll have to abandon my dream of quitting the real estate business to open my own cake shop and bakery. Is financial security worth giving up on my goal of one day becoming a pastry chef?

Beats the shit out of me. The fuck do I look like, your high school guidance counselor? Shuffling papers all day at some crooked title joint sounds dull as balls, but you seem so spineless and dumb that any stupid cupcake business you open will probably fold within six months anyway. So you’re pretty much fucked no matter what you do.

I’m engaged to a wonderful woman, who I truly believe is my soul mate. The problem is, her mother doesn’t approve of me. She constantly belittles me in front of my wife-to-be by insulting my career path (I’m studying to be an automotive service technician), and delights in telling everyone that my sweetheart’s previous boyfriends were all “much more handsome” than I am. Should I just laugh off her cruel words, or politely ask her to refrain from such comments in the future?

Jesus Christ, for one thing you can stop being such a whiny little gash. Nut up and tell that old bitch to shut her yap and mind her fucking business. Remind her that you’re the one who plows her precious baby daughter’s muff every night, so all the other hundreds of dudes she’s banged are irrelevant. But on the other hand, she’s right: studying to be a minimum wage grease monkey is a dumb ass move, and it won’t be long before that skank bails on you for someone more successful anyway, especially if you’re as butt ugly as you say.

I work for a very successful, publicly owned Wisconsin corporation. My title is… let’s just say I’m the “field general” for an explosive unit of real goal-oriented achievers. Anyway, I have what you might call a nemesis at a rival company down in Illinois. We tend to cross paths about twice a year or so, and this mopey schmuck foolishly thinks he’s my equal despite the fact that my efforts FAR outshine his every time we work in the same venue. In fact, my coworkers and I have bested him during 11 of our past 14 get-togethers. And yet this born loser just keeps coming back for more punishment. So my question is this: should I taunt the asshole by simply flipping him the bird a few times, or is keying his car a more effective way to mock his failure?

FINALLY, this is the kind of question I like. So there’s some punk ass beeyotch whose tail you always kick, and you want to rub his nose in it a little? Heh. Reminds me of when I used to beat the crap out of that annoying Philip Rivers twat twice a year while I played in Denver. Obviously, your situation isn’t football-related, but that doesn’t mean you can’t give this little Nancy Boy a good dissing. Keying his car sounds like a good start, but why stop there? Establish your dominance over this fuckweasel by slashing his tires, and maybe doing the old “sugar down his gas tank” trick. Then, sneak up to his house at night and spray paint the words “I SUCK OFF HOMELESS DUDES FOR CRACK” across his garage door. While you’re there, use plant killer on his lawn, so the grass dies in a big pattern that reads, “FUCK YOU.” Then squirt Crazy Glue into all his locks, and dump a dead fish into his air conditioner’s intake vent. And finally, squat down and take a nice big shit right there on his front porch. That’ll show him that you’re the real alpha dog. Oh, and be sure to write back to let me know how this goes; I’d love to hear how pissed off this bastard gets when he finds a big steaming turd on his welcome mat.