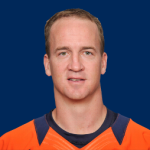 Well, my Broncos won again. An easy 42-17 laugher over those 49ers dipshits. It’s our 3rd straight win, we now have the best record in the conference, blahbaddy-blah-blah-blah. Whatever.

Look, winning football games is nice. But at the end of the day, individual awards, and not team victories, are the REAL reason why Peyton Goddamn Manning plays this game.

And last night, I set the MACK-DADDY OF ALL THE MOTHERFUCKING RECORDS: 510 CAREER PASSING TOUCHDOWNS! WHOO-HOOOOO! SUCK ON THAT BRETT FAVRE, YOU SECOND PLACE, LEATHERY-SACKED OLD HILLBILLY! I TOOK AWAY YOUR SPOT IN THE HISTORY BOOKS AHAHAHAHAHA.

“But Peyton,” you say. “Isn’t the fact that your team beat San Francisco to move into 1st place in the AFC West the main reason why you’re so happy today?”

First of all, it’s MISTER GODDAMN MANNING to you, peon. Secondly, my “team” did not beat anyone last night. IT WAS ME, ALL ME, ALL BY MY PERFECT SELF, that whipped those red and gold bumblefucks. All my worthless teammates did was cling to my underbelly like talentless little remoras, gobbling up whatever perfectly-passed crumbs I chose to spit out to them like the great white shark that I am. 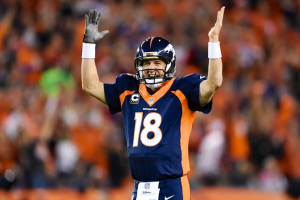 And thirdly…. What were we talking about again? Oh right, you with that stupid, “durr, durr, aren’t you glad you won the game, a-doyyy?” question. Listen, dumdum: victories come and victories go. But personal achievements NEVER fade. A couple of decades from now, do you think anyone’s going to remember how many Super Bowls Tom Brady or Ben Roethlisberger or my bed-wetting brother lucked their way into? OF COURSE NOT. But they WILL remember Peyton Goddamn Manning as the greatest signal caller in the history of signals because of that glorious record I set last night, even while they forget how many Super Bowls I may have lost, or even if I ever lost any at all.

So listen up, shithead: do not for one second think that run-of-the-mill victory I orchestrated last night is in any way more important than my individual accomplishments. I am PEYTON GODDAMN MANNING. I have now passed for more touchdowns than any other humanoid since the dawn of time, and in the grand scheme of things, that record means more than any old “team” victory. And it sure as shit means WAY more than anything that a mouth breathing, unknown slob like you has ever accomplished during your sad little life. I AM A KING AMONG MEN. ALL HAIL THE TOUCHDOWN KING. 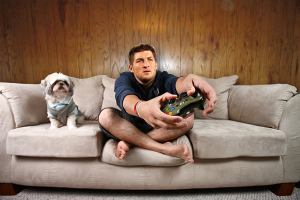