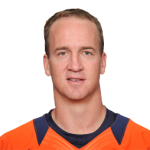 Thank GOD this stupid offseason is over. I was getting bored outta my freaking skull. Things were so dull, I was actually considering watching a baseball game. BASEBALL, PEOPLE. Desperate times, you know? Anyway, our long summer nightmare is over, and it’s time for some FOOTMUTHAFUGGINBALL.

So I figured I would use this occasion to give you a very brief synopsis of the AFC for the 2013 season. Ready? Okay, here it is: The Broncos will kick ass and everyone else will suck balls. The end.

What’s that? You’d like a slightly less brief synopsis? Okay fine, Poindexter. Sit back and let Peyton Goddamn Manning squat down and drop some wisdom on your face.

First of all, there’s New England. Now, they’re been pretty good over the past few years. At times, even dominant. But this offseason, as I’m sure you all know, a horrible, unspeakable tragedy occurred that has shaken the Patriots to their very core.

So you can stick a fork in New England because they are fucking DONZO. With that holy rolling, ground-ball throwing choirboy spreading his stink through their locker room, there’s no WAY the Pats make it outta the first round of the playoffs. Especially since their best receiver of the best six seasons is now ROCKING BRONCO COLORS. HAHAHAHAHAHAHA. SUCK IT, BRADY.

I swear to Christ, if I ever get a time machine, I’m going back to the past to kill Rahim Moore. HE’S WORSE THAN HITLER.

Then there’s the pretend champs, the Baltimore Diseased Ratbirds. I refuse to call them the world champions, because everyone knows that playoff win over us last year was BULLSHIT. Fucking Rahim Moore. “Oh gee, is there only thirty seconds left in a playoff game and we’re protecting a seven point lead? Well then I guess there’s no need for me to cover this asshole running down the field because I’m Rahim Moore and my brain is made of watery oatmeal. Herpity-derp!”

Anyway, Baltimore’s not gonna be a factor. They lost Ed Reed to free agency, traded away Anquan Boldin, and of course the heart and soul of their defense, Stabby McMurderhead, retired in February. So now their hopes are resting solely on Joe Flacco’s right arm? LOLOLOLOLOLOL. Pencil them in for seven wins, tops.

What’s that you say? How about Houston? SHUT UP. Houston sucks ass and you know it. Andre Johnson is something like 47 years old, Arian Foster spent so much time as a vegan that he now shits brussel sprouts, and Matt Schaub? Matt Schaub looks like this:

I rest my case.

So who else can possibly threaten the mighty Broncos? Pittsburgh? Cincinnati? Indianapolis? NOPE, NOPE, AND FUCKING NOPE. You’re an idiot for even considering those teams. The Steelers are a decrepit squad of senior citizens, the Bengals uniforms are frigging ugly, and the Colts still haven’t found a worthy QB capable of replacing the GREATEST GODDAMN SIGNAL CALLER IN THE HISTORY OF THE NATIONAL FOOTBALL LEAGUE. They’re still trying to make this “Andrew Luck” no-name schlub into a capable NFL starter. Pffft. Good luck with THAT little experiment.

Finally, there’s MY team. The Denver Broncos. Why do I think we will win the AFC? Simple. WE HAVE PEYTON GODDAMN MANNING. YOU DON’T NEED ANY MORE REASONS THAN THAT.

“But Peyton,” you’re asking. “What about Von Miller? I hear that your superstar LB might be suspended for violating the NFL’s substance abuse policy?” Oh really? Is that what you’re asking? WELL SHUT UP. STOP BEING AN ASSHOLE.

So in summation, the only logical conclusion is that my Denver Broncos fucking RULE, and come next February you will see me, Peyton Goddamn Manning, holding up a shiny Lombardi trophy in one hand, the Super Bowl MVP award in another, and my giant COCK in yet another. That’s right bitches. I NEED MORE HANDS.

So get ready for 2013: YEAR OF THE BRONCO. Happy training camp everyone. Remember, I’m better than all of you. Peyton Goddamn Manning OUT.