SEATTLE – After losing to the Atlanta Falcons 30-28 in the 2012 playoffs, Pete Carroll and the Seattle Seahawks knew they needed a significant talent upgrade if they hoped to rise to the next level of the NFC. So they moved boldly during the 2013 offseason, acquiring explosive WR Percy Harvin from the Minnesota Vikings in March, a move that paid dividends Sunday when the Seahawks defeated the San Francisco 49ers 23-17 to secure the NFC Championship and a berth in Super Bowl XLVII.

“This worked out exactly as we’d hoped it would,” a jubilant Carroll said during his team’s victory celebration at CenturyLink Field. “We assessed Percy as the type of player whose enormous talent could truly elevate our entire offense, and gladly sent the Vikings a first round draft pick to get him on our team. Now here we are just a few months later, heading to the Super Bowl. And to think there were a few doubters who didn’t believe he’d make a difference for us.”

“I’m thrilled to have played a part in this special season of ours,” said the always-humble Harvin. “But I like to think that we won the NFC due to an overall team effort, as opposed to just my individual contributions. I’m happy to have helped in any way I could, but I assure you that the other guys on offense and defense were instrumental in our success as well.”

“I simply cannot count all the ways the Percy has impacted our team,” gushed offensive coordinator Darrell Bevell. “Seriously I can’t. You’ll have to jog my memory first. Percy who, now?”

Harvin, along with the rest of his grateful teammates, now advance to New York for a Super Bowl showdown with the Denver Broncos, whose offseason re-signing of LT Ryan Clady is seen as the key move that powered the team to the AFC championship Sunday over the New England Patriots. 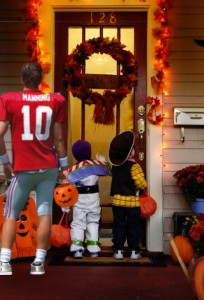