Despite sending out over seventy invitations to friends, neighbors, and teammates, not a single guest showed up to the Super Bowl Party hosted by Dallas QB Tony Romo, it was reported Sunday. 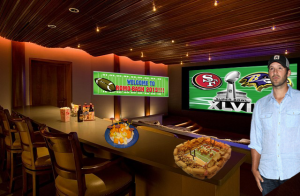 “I don’t get it,” said Romo, standing along in his massive, empty living room. “I was expecting up to a hundred guests. I spent over twelve thousand dollars to redesign my living room into a giant entertainment center, complete with surround sound, cinema-sized screen, and oversized leather easy chairs. I did it all for this party. So where is everyone?”

Of the many guests who failed to show to the party, only a few offered Romo excuses for their absence.

When it became apparent that no guests would be showing up to the festivities, Romo switched off the television and began taking down the “Welcome to Romo-Bash 2013″ banner, as well as clearing away the enormous, untouched food platters he had set out around the home. 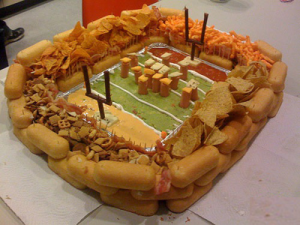 “I was up all night making this ‘snack stadium,’ where I constructed a whole football field out of chips, Twinkies, pretzels and stuff. Do you know how hard is to find Twinkies these days? Also, I sculpted a delicious tuna cracker spread into the shape of a football. I baked dozens of Lombardi Trophy shaped cookies. It was going to be an amazing feast for everyone.”

Added the morose signal caller, “I worked really hard on this. I’m so bummed right now.”