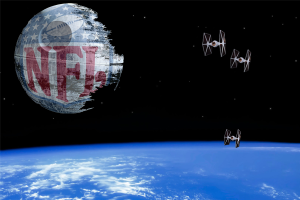 GEOSYNCHRONOUS ORBIT, EARTH – The massive spherical space weapon which for the past several years has been in top secret construction some 650 miles above Earth’s surface is nearing completion and will be reclassified as the official “NFL Death Star” sometime within the next several days, sources within the league’s Global Destruction Research Department confirmed this morning.

“Nations of the world: tremble before the might of this fully armed and operational battle station,” said league commissioner Roger Goodell, reading from a prepared statement. “Today begins the long awaited ‘Phase 2’ of the NFL’s plans for worldwide domination.”

Using a series of holographic blueprints, Goodell outlined for reporters many of the Death Star’s unique features.

“This glorious station measures over 100 miles in diameter, and includes a gigantic hypermatter reactor, a powerful tractor beam, hundreds of starship landing bays, as well as a concave turret capable of producing a directed-energy superlaser that can destroy an entire planet with one mighty blast. So let that be a warning to you Congress: don’t fuck with our not-for-profit status.”

When asked by reporters if construction of a massive steel moon was truly the best use of the league’s resources, Goodell angrily responded, “It’s not a moon. It’s a space station. I don’t know how many times a day I have to say that.”

Goodell went on to explain that the Death Star would be used in a number of ways related to the conducting of day-to-day NFL business.

“Well this baby’s going to come in handy during the next round of union negotiations, that’s for sure,” Goodell mused. “I don’t think (NFPLA Executive Director) DeMaurice Smith is going to be making any more annoying demands for expanded retirement benefits or increased revenue sharing. And you remember a couple of years ago when the Baltimore Orioles refused to move some stupid baseball game to accommodate our season opener between the Broncos and Ravens? Well, good news Baltimore area real estate developers: as payback for that little stunt, you’re about to have a giant, smoldering vacant lot where Camden Yards used to stand.”

Asked if the giant space station was truly as impenetrable as he claimed, Goodell replied, “Oh yeah, this bad boy is rock solid. Well, I mean, there’s a tiny exhaust port in a trench somewhere that, if hit just right by a proton torpedo, would cause the whole thing to explode in a massive fireball. But I’m not worried about that. Hitting a hole that small would be like trying to shoot a womp-rat on some foreign desert planet. It’s just not gonna happen.” 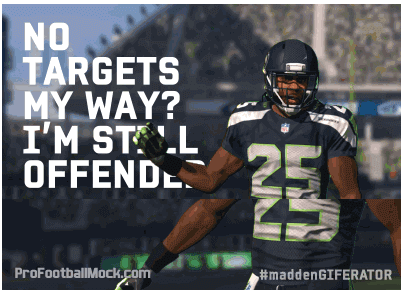