Two month old Jayden Parker, the next great quarterback that will play for the Cleveland Browns, spent the afternoon at his home in Coral Cables, FL ingesting breast milk, developing increased object permanence awareness, and shitting in his diapers, it was reported Tuesday.

“Who’s the sweetest little boy in the world? That’s right it’s Jayden,” cooed Parker’s mother Jessica to the infant who, after a record setting three year run at Florida State University, will be drafted by Cleveland with the 3rd pick of the first round in the 2035 NFL Draft, after the Browns trade up with the London Colts to acquire the pick.

“Oh, he is just the most darling little angel! Look at the way he’s crinkling his nose! I think someone has to make poo-poos!” said the infant’s maternal grandmother Ellen Clayborn, 53, who will pass away from terminal Amoria Phlebitis before she will see Parker throw 31 touchdowns against just 9 interceptions during his first season with the Browns, while leading the team to its first AFC North division title since 1989.

While Parker’s current range of motion is limited to simple motor responses caused by sensory stimuli, he will eventually win the NFL’s 2037 MVP award in large part due to the quick release and powerful arm that will allow him to throw for 7,211 yards, a total that will set a new league record for a 20 game season.

“How’s Daddy’s little man today?” asked Parker’s father Anthony while picking Jayden up from his bassinet. “Oh-uh, what’s that smell? Does someone need a change?”

After replacing the baby’s soiled diaper, the elder Parker, a lifelong Cleveland fan, dressed the boy in an orange “My First Browns Shirt” onesie, little knowing that one day his son will lead the franchise to a 19-1 regular season record and a matchup against the Denver Broncos in the AFC Championship game where, while being sacked in overtime, Jayden will give up a fumble that will be returned for the winning Broncos score, while simultaneously shattering both kneecaps and ending his career prematurely. 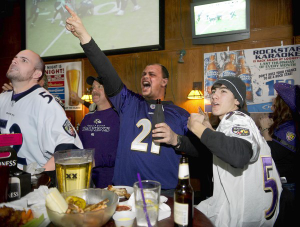 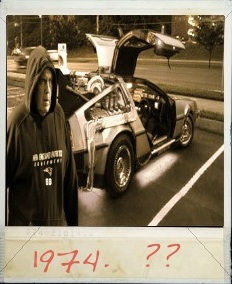