DEMAREST, NJ – Jon Miller, President of Sports Programming for the NBC Television Network, woke up in a cold sweat at 3:47 AM this morning, and immediately roused his groggy wife Jan to tell her that he’d had, “that terrifying nightmare of an Arizona Cardinals-Cleveland Browns Super Bowl again,” according to sources close to the entertainment executive. 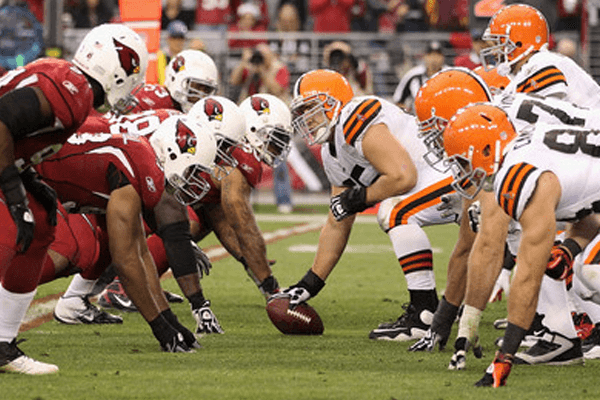 “It was awful. Just horrifying,” said Miller, whose job at the network depends upon strong ratings performances by NBC sports properties. “I dreamt that the Browns crushed the Broncos in the AFC Championship Game, while the Cardinals beat the Packers in the NFC. So instead of airing what would have been a high-scoring, historic matchup between Peyton Manning and Aaron Rodgers for a world championship, we were stuck trying to sell advertising time for a defensive contest featuring Drew Stanton and Brian Hoyer.”

When reminded by his spouse that such a game would at least feature the storyline of Arizona trying to win the game in its home stadium, Miller dismissively responded, “Yeah, great. Tell that to all the bored viewers who just switched over to watch a rerun of ‘Bob’s Burgers’ on FOX.”

The Super Bowl, which will be broadcast Sunday February 1st on NBC next year, is traditionally the highest rated television program of the year, bringing in untold millions of dollars in ad revenue to any TV network fortunate enough to carry the game. According to Miller however, a Cardinals-Browns Super Bowl would be a significantly less appealing matchup then he would like.

“Do you know how much money we had to pay for the rights to air that game?” Miller asked, while heating up some warm milk to soothe his frazzled nerves. “If we’re going to turn a profit, we need big name players from popular teams like New England versus Dallas, or Denver against New Orleans, maybe. The only big name players we’d have in a Cardinals-Browns game would be Larry Fitzgerald and… okay, just Larry Fitzgerald.”