“We couldn’t be happier to have Percy here with us, and we’re excited to get him out on the field throwing passes,” Ryan said at his afternoon press conference. “He’ll be taking all the first team reps at QB in practice, and will absolutely be starting under center for us next Sunday against Buffalo, where we expect his passing skills to be a significant upgrade to our offense.”

When reminded by reporters that Harvin is, technically, a wide receiver and not a quarterback, Ryan cast an angry glance at a sheepish Geno Smith standing in the corner of the room, sighed, and said, “I repeat: we expect his passing skills to be a significant upgrade to our offense.”

According to reports, Harvin has been on New York’s radar for some time now.

“I saw him score a TD against the Chargers a few weeks ago,” said Jets General Manager John Idzik.“ After reaching the end zone, he flipped the ball to a nearby referee. The pass was accurate, well-timed, and easily caught after a roughly six-yard flight. And I thought, ‘Wow, we sure could use that kind of ability around here.’”

“Now that we’ve solved our need at quarterback, we can turn our attention to some of our other problem areas,” concluded Ryan. “I saw Andy Dalton catch a TD pass a few weeks ago, so we’re offering a couple of first-round draft picks to the Bengals to get him as our new WR. And to upgrade our defensive backfield, we’ve been trying to pry Darrelle Revis away from the Patriots, but to no avail. I can’t say that I blame them. When you have a special talent like that on your roster, you don’t let him get away if you’re smart.” 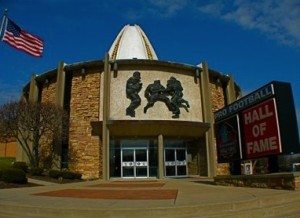