ARLINGTON, TX – Speaking from the fifty yard line of Cowboys Stadium, and standing next to the man with whom he rebuilt America’s Team, legendary coach Jimmy Johnson reflected on his decade-plus tenure with the Dallas Cowboys, and recalled the time he very nearly walked away from the team in 1994.

“Boy oh boy, that sure was a hell of a ride we had throughout the 90s,” the Hall of Fame coach said, while Cowboys owner Jerry Jones looked on and smiled. “I mean, what other coach can say they won six straight Super Bowls? And just think, I nearly quit that one time over a silly clash of egos with this guy right here.”

“It’s true. I almost let the greatest coach in NFL history get away after winning back to back titles because I couldn’t handle someone else getting all the credit and attention for winning these magnificent beauties,” Jones said, gesturing to a nearby display of the Cowboy’s NFL-best eight Lombardi trophies. “Back in the spring of ’94, just weeks after winning our second title, we actually scheduled a press conference to announce Jimmy’s resignation and everything. Thank God I came to my senses and begged him to stay at the last minute. I don’t think our fans would have ever forgiven me if I’d let him leave right as we were hitting our prime.”

According to multiple sources, Jones pulled Johnson aside just moments before the planned news conference and apologized for his petulant behavior. Jones has made it clear ever since that it was Johnson, not himself, who was responsible for the Cowboys’ 90s dominance due to his shrewd personnel moves and motivational techniques.

“For a while there, Jerry had this childish need to receive credit for Jimmy’s work,” recalled three-time Super Bowl MVP Emmitt Smith, proudly wearing his six diamond-laden championship rings. “Thankfully he got over that before we lost the man who gave us these babies.”

Jones, Johnson pose with Dallas’ 8 Lombardi Trophies. “Don’t worry if you chip one, Jimmy. Plenty more where that came from.”

“Could you imagine the 90s Cowboys without Jimmy at the helm?” asked legendary QB Troy Aikman. “I don’t want to even think about who Jerry might have hired to replace him.”

Rumor has long held that Jones had a “mystery hire” ready to replace Johnson, and some have speculated that the possible successor might have been another college coach such as Bobby Bowden, Howard Schnellenberger, or Barry Switzer.

“Switzer? No, I don’t think it would have been Switzer. Look Jerry’s crazy, but he’s not THAT crazy, you know?” Johnson laughed, while patting Jones on the back, who merely smiled uncomfortably before changing the subject.”

“Look, who I was considering hiring is neither here nor there,” Jones said. “The important thing is that I convinced this man to stay, and he gave our fans the greatest dynasty in professional sporting history. So, to paraphrase the true architect of our great franchise: ‘How ’bout that Jimmy Johnson?’” 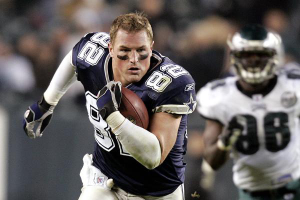 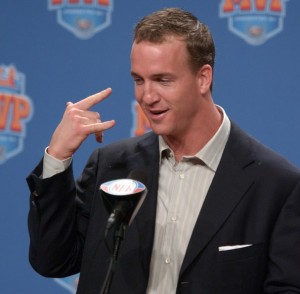 Colts Make Late Night Drunken Phone Call To Peyton Manning, Ask To Get Back Together