NEW YORK – Reports of a contract agreement between veteran safety Ed Reed and the New York Jets proved to be erroneous today when the team announced the signing of “Boxcar Pete,”, a 52-year old homeless vagrant the team believed to be the free agent DB released earlier this week by the Houston Texans. “As near as we can figure out, this ‘Boxcar Pete’ fellow wandered into our headquarters early this morning, asking if we had any change to spare,” said Jets general manager John Idzik of the hobo, for whom no surname is currently known. “As he bore such a striking resemblance to Ed, we made the very understandable mistake of offering him a two year deal worth $8.5 million, including $3 million guaranteed.”

Added Idzik: “He mentioned something about using his signing bonus to get a ‘hot meal and some hooch.’ I just assumed that was some new slang the kids have these days, like ‘bling-bling’ or ‘bee’s knees.’

While admitting the error is embarrassing to the organization, Idzik stated that the Jets have no intention of trying to nullify the deal.

“Boxcar may not be the safety we intended to sign,” said the G.M. “But you know what? He’s still an upgrade over (current starter) Antonio Allen.”

According to sources, when the actual Ed Reed showed up to Jets headquarters later in the day to sign his contract, team security initially attempted to shoo him away, believing him to be a homeless ne’er-do-well. When that failed to quiet his pleas of, “But I actually am Ed Reed,” security turned the hose on him, forcing the nine-time pro bowler to scamper away to a local soup kitchen. 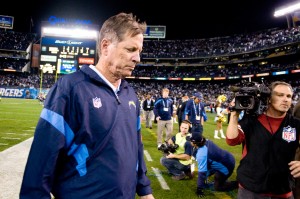