NEW YORK – The nine-man practice squad of the New York Jets came to a sudden, horrifying realization in unison today that despite all their best efforts, they’re not considered quite talented enough to be included on the team’s gameday 53-man active roster, sources close to the humiliated group confirmed this afternoon. 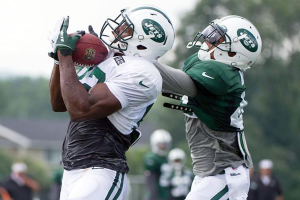 “It’s pretty humbling,” said rookie WR Quincy Enunwa, New York’s sixth round choice in May’s draft who has yet to play a single snap for the team this season. “I sit there in my civilian clothes on Sunday, watching the Jets lose week after week after week, and I’m thinking to myself ‘Really? I’m not good enough to play for THESE guys?’”

“It’s embarrassing, is what it is,” seconded LB Chris Young. “The other day, I was getting gas, and some kid saw my official team staff T-shirt. So he yells at me, ‘Hey, Mr. Jets Player, whoever you are. You guys suck!’ And I was like, ‘But I don’t play for the Jets regular team. I’m only on their practice squad.’ He just looked at me for minute, trying to process that information. Then he yells back, ‘Wow. Okay then, so you must REALLY suck!’”

According to sources, some members of the squad tried to take the humiliating realization in stride.

“Sure it’s pretty soul-crushing to realize that you’re not considered talented enough to play for the Jets,” said S Rontez Miles But I try to remember that somewhere out there is a player who has it even worse than me. Maybe he’s a right guard, or a nose tackle, or whatever. Whoever it is, he’s the guy that got released to make room for me. The coaches looked at that guy and decided he wasn’t even good enough to be in the practice squad! There but for the grace of God go I, you know?” 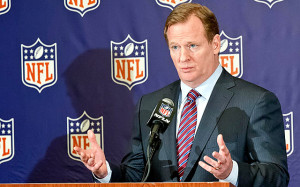