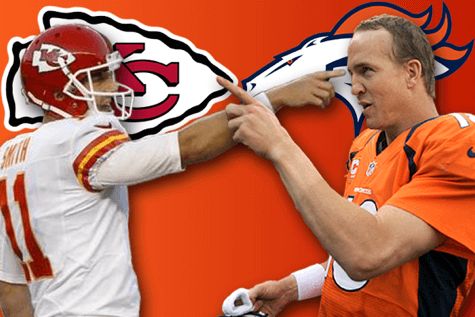 READY TO GET BONED BY MY BRONCOS THIS WEEKEND, ALEX SMITH?!

How did you get this number?

Smith, I am Peyton Goddamn Manning. I HAVE EVERYONE’S NUMBER.

What does that mean?

It’s a reference to how I beat everyone. Jesus, you’re dense.

Anyway, get ready. Because here comes the TOP TEN REASONS WHY MY BRONCOS ARE GOING TO ANNIHILATE YOUR LOWLY CHIEFS ON SUNDAY!

NUMBER 10: The Broncos have a distinct advantage in that their quarterback was the first overall pick of the draft.

I was the first overall pick of the draft too, genius.

Yes, But I was actually worthy of that pick.

Yes, I know. That brings me to reason NUMBER 9:

You’ve fattened up your record on a bunch of Twinkies and cupcakes. But now you’re about to choke on a BIG SLAB OF MANNING MEAT COMING RIGHT DOWN YOUR THROAT.

So are your passing mechanics.

NUMBER 8: We made a smart move by totally, on-purpose, losing a game to the Colts earlier this year.

Now we have our one and only defeat out of the way, and can focus on the task at hand of shaming you on national television.

YOU on the other hand, still have that completely lucky and undeserved 9-0 record, which is just going to create added pressure for you to buckle under.

I wonder how well you’re going to handle the crushing disappointment of missing the playoffs with a 9-7 record?

Why? You think we’re going to beat you so badly this week that the league may just count it as two losses?

NUMBER 7: Having me out there at QB is like having an extra coach on the field.

But having you out there at QB is like grabbing one of those drunk fans that runs out onto the field waving their arms, and saying, “here guy, put on a helmet and start throwing wobbly passes.”

I’ll have you know that my 28-5-1 record over the past three seasons is tops among ALL quarterbacks, you included.

NUMBER 6: I have 33 passing TDs so far this season, which puts me on pace to SHATTER the NFL record.

The only record you’re on pace to shatter is Tebow’s mark of “Divots replaced, single season.”

What the hell does that mean?

BECAUSE YOU BOTH THROW AT THE GROUND SO MUCH, idiot.

NUMBER 5: I am an EXPERT on reading defenses, calling audibles, and running two-minute drills. The only thing you’re an expert in is oversized steering wheels and wide right hand turns.

I don’t know what that means either

BECAUSE YOU’RE A BUS DRIVER. Jeez, keep up, simpleton.

NUMBER 4: In the 4th quarter of a close game, MY team draws confidence from the fact that they have Peyton Goddamn Manning at QB. But your team just feels deflated because, you know.

NOTHING YOU SAY MAKES SENSE. I AM THE WINNINGEST QB IN THE LEAGUE OVER THE PAST THREE SEASONS!!!

Shrieking and screeching, are we? Looks like that 9-0 pressure is having its effect.

NUMBER 3: My team can play with confidence, knowing they have the greatest QB of all time to guide them.

But your team will be distracted all game, worrying about who the Chiefs might draft next year to fill their gaping hole at QB.

THE CHIEFS ARE NOT REPLACING ME NEXT SEASON.

SMITH! It’s very rude to keep interrupting me while I’m telling you how badly you suck.

NUMBER 2: No team can expect to win a big game while being led by a backup QB.

I AM NOT A BACKUP

I mean look, you were benched last year in San Francisco for Collen Whatever-His-Name-Is.

And remember, the Niners BEGGED me to join them last year, which would have made you MY backup.

That would NOT have happened.

Cutting you from the team would’ve been a condition of my signing.

THE NUMBER ONE REASON WHY MY BRONCOS WILL CRUSH YOUR CHIEFS THIS WEEKEND.

Ready? Okay, here it is:

We will beat you simply because I am Peyton Goddamn Manning. BOOM.

Okay, fine. Now it’s time for MY top-ONE list of why you will lose on Sunday.

This should be rich.

NUMBER 1: You are destined to lose because this game is going to have a playoff-like atmosphere.

AND YOU ARE PEYTON MANNING. BOOM.

TRASH TALKING IS THE LAST RESORT OF A DESPERATE QB, SMITH. 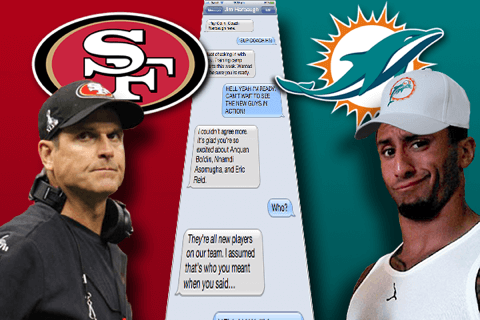 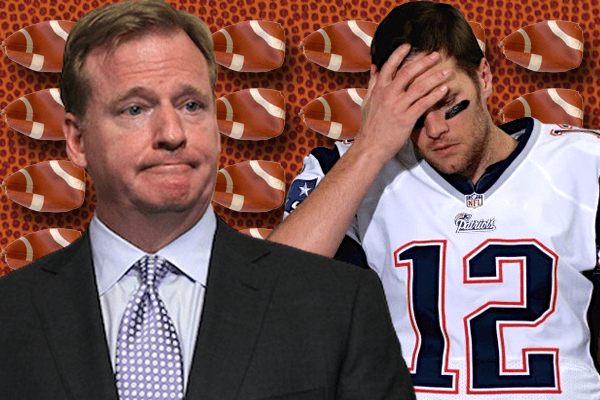