We just signed you as a free agent.

I know coach Belichick. I’m very excited to come play for you in New Eng…

We need you to bring a copy of your playbook

Your Jets playbook. Bring it with you. It might come in handy at some point.

I didn’t play for the Jets last year Coach. I was with the Buccaneers.

That is not acceptable.

I suppose I could try to remember as many of the Jets offensive plays as I can.

We have all those on file already.

Oh, and the ones for punting. We had, like 30 pages of plays dedicated to punting.

Fine bring the playbook and we’ll analyze them.

I don’t have the Jets playbook anymore, Coach.

We also need to teach you about the “Patriot Way.”

Oh, I’ve heard about that. It’s the code of conduct you request all New England players adhere to, right?

If by “request,” you mean “demand at the penalty of your very life,” then yes.

Rule #1:No smiling or laughing of any kind. It weakens legs.

I’m not sure that’s medically accurate.

Rule #2: any mention of the words “New York Giants,” “Eli Manning,” or “helmet catch” is punishable by castration.

That has to be a violation of some union code.

We review game film every Tuesday at 9am sharp.

We have a full practice with pads every Wednesday afternoon

Fridays at midnight are when we sacrifice kidnapped orphans to our dark Lord Satan.

We do what now?

THERE WILL BE NO QUESTIONING OF THE PATRIOT WAY

As the new guy, you will be responsible for the orphan kidnapping. You’ll need to buy chloroform and duct tape in bulk at Costco.

Coach, my skillset is really more in press coverage, that sort of thing.

The Patriot Way requires you to fill multiple positions.

Along with some occasional puppy stomping.

I’d really rather not…

Furthermore, under the Patriot way, there is absolutely NO talking to the media. Only **I** may talk to the media.

That’s why Randy Moss, Rodney Harrison, and Tedy Bruschi are all scheduled for disembowelment. Those guys talk to the media almost every single week.

Coach, those guys retired and went into broadcasting. They are the media now.

ONE DOES NOT RETIRE FROM THE PATRIOT WAY

You ever heard of Billy Wells?

Former halfback. Played one season for the Boston Patriots back in 1960.

Yep. He gave an interview to his granddaughter’s 8th grade school newspaper.

Less than three years later he was DEAD.

I just checked his obituary. It says he died of natural causes. Heart attack or something.

EXACTLY. That’s because his circulatory system answers to me.

Okay. I will definitely refrain from talking to the media. Now if there’s nothing else…

Good. Love or any other sort of affection are also banned under the Patriot Way.

How can you possibly outlaw love?

BECAUSE AS A NEW ENGLAND PATRIOTS PLAYER YOU SHOULD ONLY CARE ABOUT EVIL.

I do want to win, Coach. But some of these rules seem a little…

Also, the Patriot Way secretly bans all teammates from high-fiving Tom Brady. It keeps him hungry, albeit slightly confused.

That explains so much.

Do you know anyone with information about the Broncos sidelines signals?

You’ll need to find someone who does. We need a way to intercept those signals before we play Denver again in the playoffs.

Isn’t stealing the opposing team’s signals illegal? I’m pretty sure I read that somewhere once.

On the Venn diagram of “Things I give a crap about,” the circles for “Legality” and “The Patriot Way” do not intersect.

You have 24 hours to find me someone who knows how to steal the Broncos’ signals.

I WILL NOT MISS ANY DETAILS! NO STONE CAN BE UNTURNED FOR ANY POSSIBLE GAMEPLAY EDGE.

For example: This one time, I heard that there might, just MIGHT, be a guy in a local Boston jail cell somewhere who snuck a look at the Broncos audible sheet once.

So I arranged to have a top secret Patriots operative go deep undercover into the Massachusetts prison system to try to find him and get me that information.

Coach Belichick, are you telling me that you had Aaron Hernandez framed for a double murder to go to prison just because you heard there might possibly be a guy somewhere in a Massachusetts jail cell who got a look at a Denver Broncos playbook once?

No, I actually had him commit the murders. His story checked out better that way.

Do I have a void option on my contract by any chance?

No. We own your playing rights for the next two seasons and your mortal soul for all eternity.

I should’ve asked for a bigger signing bonus.

Be here tomorrow morning. And don’t forget your Jets playbook.

Coach Belichick, I’ve told you, I don’t have a Jets playbook anymore.

Do you remember where the Jets headquarters are located?

Do you remember what time they close for the evening?

Do you have a ski mask and some bolt cutters?

I’m not sure I like where this is going. 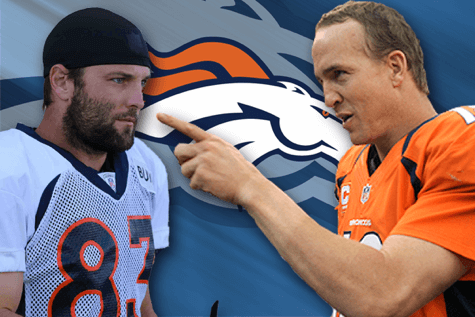 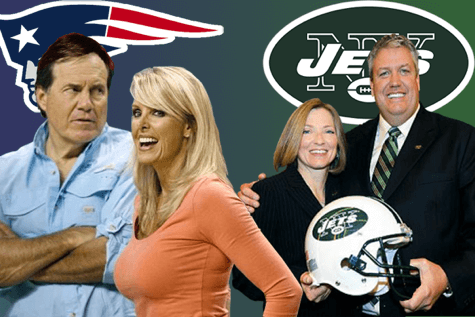