FOXBOROUGH – On the eve of their AFC Championship Game matchup against the Patriots, the Indianapolis Colts sent shockwaves throughout the NFL by not only declaring RB Trent Richardson inactive for the game, but also accusing the former top-5 draft pick of secretly being nothing more than a pair of 3’2 little people, one standing atop the shoulders of the other, while wearing a football uniform and attempting to play halfback, according to sources close to the team. 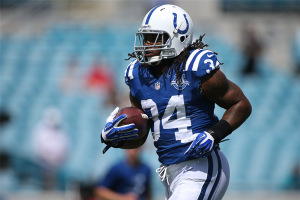 “This so called ‘Trent Richardson’ is, in fact, nothing more than two midgets named Darryl and Shiela,” ranted a furious Jim Irsay, Colts owner and C.E.O. “Apparently, they take turns. Shiela balances on Darryl’s shoulders for the first half of games, while Daryl gets to be on top for the 2nd half. Or maybe it’s the other way around. Look, all I know for sure is two things: Trent’s 3.3 average per carry makes a lot more sense now, and I damn sure want my first round pick back from Cleveland.”

The diminutive con artists formerly known as Richardson first gained notoriety in 2011 as a junior at Alabama by rushing for 1,679 yards and 21 touchdowns, a feat attributed to the Crimson Tide’s powerful run-blocking line as well as the improved leg flexibility gained from the pilates classes Shiela took during the summer of that year.

After being drafted 3rd overall by Cleveland in 2012, warning signs of the duo’s scam began to emerge.

“‘Trent’ never wanted to shower around the other guys,’ said Browns OT Joe Thomas. “That in and of itself wasn’t so weird; Brandon Weeden was usually pretty shy about showering when other people were around too. But Trent also dropped other hints as well. Like asking for all his paychecks to be split equally into two amounts. Or the way his torso would sometimes split away from his legs and walk away by itself.”

When reached for comment, Darryl appeared apologetic and humbled.

“Look, this whole thing just got a little out of hand,” said the sheepish imp. “What happened was, me and Shiela put on this football costume a few years back and walked into an Alabama practice to promote our circus act out at the county fair. Suddenly, we got thrown into the running back rotation. Next thing we know, we’re just a couple of dwarves finishing third in Heisman voting, getting picked in the top five of the NFL Draft, and starting for the Cleveland Browns. You know, that old cliche story.” 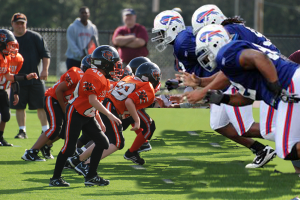 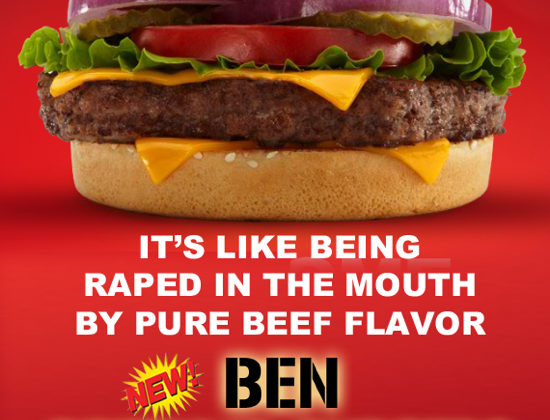