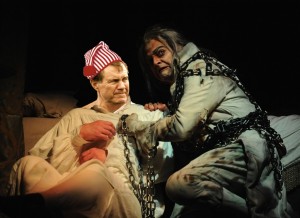 The ghosts of Christmas Past, Present, and Future were reportedly, “really weirded out,” after a late night meeting with New England Patriots head coach Bill Belichick, sources confirmed Tuesday.

“It was pretty horrifying,” said a visibly shaken Christmas Past. “I appeared to him late at night, rattling my chains and floating inside a dense cloud of preternatual fog. I expected him to scream in terror. Instead he just sort of grumbled, and told me that my technique was sloppy and that my chains needed to be louder. And then he glared at me. Oh my god, that glare! I’m still creeped out!”

“I really thought this whole thing would go down differently,” whimpered Christmas present. “The plan was to get him to reevaluate his life, and take a long hard look at the choices he’s made. Instead, he read a passage to me from Sun Tzu’s ‘The Art of War,’ then made me study film on the Headless Horseman to observe his methods. It made me feel really inadequate at first, but by the end, I was motivated to become the past spirit I could possibly be.” 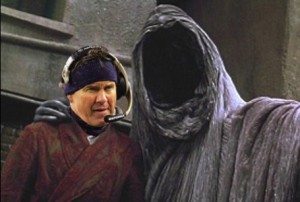 Belichick, notorious for his perfectionism as well as his overall lack of warmth, has been much criticized for the harsh treatment he routinely doles out to his players and assistants. While it was initially hoped that his encounters with the three undead Christmas entities would force him to see the error of his ways, it now appears that Belichick may be impervious to even the most haunting of influences.

“He freaked me out, I’ll tell you that much,” said a trembling Christmas Future. “He told me that if I didn’t follow a disciplined workout and study regimen, I’d be traveling down what he called the ‘Dolphins highway to nowhere.’ I asked him, ‘Coach, are these the shadows of things that will be, of things that might be?’ He never answered. Instead he made me run laps for ten minutes, It was awful!”