After a night of heavy drinking, the Indianapolis Colts made a 3 a.m. phone call to former QB Peyton Manning, leaving a long, slurring voicemail in which the franchise begged the team’s former superstar to get back together again, sources close to the team reported.

“Hi, it’s us,” the Colts muttered in a quivering, barely coherent voice. “Just wanted to say that we miss you. And that we still think about you all the time. Listen we um…we know we made a mistake. And it’s tearing us up inside. Baby, come back to us, please. We were so special together. We can have that again.”

In March, the Colts released Manning, the team’s signature player since 1998, and used the first pick of April’s NFL draft to select Andrew Luck as Manning’s replacement. In his first official game this past Sunday, Luck threw one touchdown and three interceptions in a loss to the Bears while Manning was 19-26 for 253 yards, two touchdowns, and no picks as his new team, the Broncos beat the Steelers.

“We hate to see you with them,” the Colts continued, weeping in between swigs of Pabst Blue Ribbon. “They don’t deserve you. They don’t know you like we do. No one does.”

“This whole mess is our fault. We saw someone different, someone younger, and I guess we just got excited by the idea of trying things with someone new. It was a foolish, foolish decision. We know that now. But Pey, we’ll do anything to be with you again. Things will be different this time, we swear. Oh god, we screwed everything up so bad…” continued the Colts before breaking down into sobs.

According to sources, Manning played the voicemail the following day for the Broncos, who left the Colts an angry Facebook message warning them to, “stay the hell away from our man, bitches!!!!” 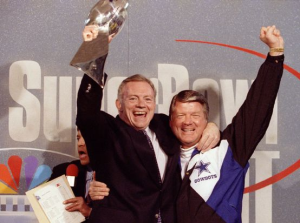 Alternate Universe: Jimmy Johnson Sure Glad He Stayed With Cowboys Throughout 1990s 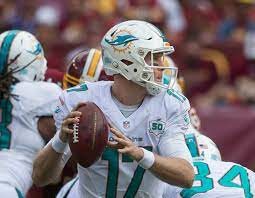