BEREA, OH – Scandal erupted on the first official day of the team’s training camp when several Cleveland Browns veterans “hazed” a group of rookies by trapping them in a locked film room, forcing them to watch a looped video of the Browns 2012 highlights for more than twenty-five minutes, it was reported today.

“For God’s sake, let us out!” screamed first round draft choice Barkevious Mingo, one of several new players subjected to the abuse. “This is torture! They just gave up three TDs in one game to Ryan Fitzpatrick. I can’t take any more!”

“I’ve been made aware of the sadistic so-called ‘prank’ played by several of our players on the incoming rookies, and it sickens me to think that anyone could do something as heartless as this to a teammate,” said new Browns head coach Rob Chudzinski in a somber press conference. “Let me emphatically state that the Cleveland Browns organization does not condone this type of behavior. Some of these kids may have suffered permanent trauma just from watching the 0-5 start alone.”

“I understand that many of the rookies are planning to press criminal charges of aggravated assault and infliction of severe emotional distress against the veterans,” added Chudzinski. “Truthfully, I don’t blame them one bit.”

The Browns 2012 season included a 5-11 record and a below average ranking in every significant statistical category. The team also suffered through a plethora of blown leads, embarrassing turnovers, and generally shoddy play, all of which was represented in the film that was forced upon the rookies.

“What happened to those young Browns players is absolutely unacceptable,” said NFLPA president Domonique Foxworth. “Giving rookies a good-natured ribbing is one thing. But this is just cruel. No one should be subjected to that sort of horrific torture.”

Added Foxworth, “I mean, Weeden threw four picks against the Eagles alone. What kind of inhuman monsters would force someone to watch these so-called ‘highlights?’” 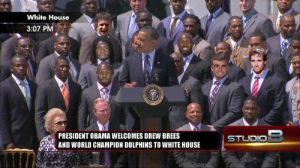