HOUSTON – Superstar defensive lineman J.J. Watt agreed in principle to a six-year, $99 million contract with the Texans late Monday night, a deal that not only includes $51 million worth of guaranteed cash for the two-time pro bowler, but also a clause stipulating that Watt will now move to the opposite side of the field, where he will become the new starting QB for the offensively-challenged team, effective immediately, sources confirmed early this morning.

“We’re very happy to announce that J.J. will remain with us here in the Texans family for at least six more seasons,” said general manager Rick Smith at a press conference in team headquarters. “And we’re even happier to announce that we finally have that franchise QB we’ve been needing for what seems like forever. That’s killing two birds with a hundred million dollar stone, am I right?”

Asked to elaborate on the unusual move, Smith told reporters, “Look, sacks and fumbles and whatnot are nice, but I’m not about to pay anybody ninety-nine mill just to be a defensive tackling guy. We have JaDeveon Clowney, and his rookie base salary for that. No, for the kind of do-re-mi that we’re shelling out to Watt, I’m expecting touchdown passes, and a lot of them, beginning this week against the Redskins.”

“I have mixed feeling about this development,” said pro bowl WR Andre Johnson. “On the one hand, I’m insulted the Texans are wasting the final years of my career with these sorts of shenanigans. On the other hand, Watt’s passes are a lot more accurate than those of Ryan Fitzpatrick, Tom Savage, and Ryan Mallet. As long as he doesn’t throw a pick-6 in four straight games, then it’s a step in the right direction, I suppose.” 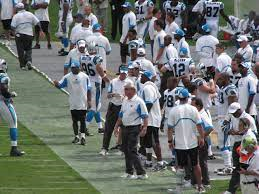 Panthers, Raiders Preparing For Game That Matters To Absolutely No One 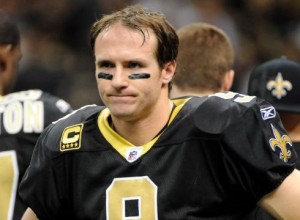 Contract Negotiations Stall Over Drew Brees’ Demand To Have Weekends Off