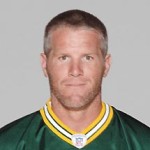 As you probably know, I didn’t exactly leave Green Bay on the greatest of terms. In early 2008, I announced my retirement, then changed my mind during training camp and demanded to be reinstated as the starter. That set off a chain of events during which lots of ugly things were said, many feelings were hurt, and my relationship with the Packers organization was severely damaged.

Well, it’s been almost three years now that I’ve been out of the NFL, and over five years since I’ve worn a Packers uniform. So a lot of people have been wondering if I’ll ever make peace with my old team, and maybe return to Lambeau Field so my jersey number can be retired. And while I’d love nothing better than to do just that, it won’t be possible until we’ve cleared the air on those old feuds.

That’s why it’s time for me to say it at last: I forgive Aaron Rodgers.

Now I know what you’re saying: “Brett, how can you possibly be so gracious after everything Rodgers and the Pack did to you?” Well, I believe in being the better man. Sure, I could hold a grudge against Aaron for trying to steal my starting job away from me just because I’d retired a few months earlier. I could stay bitter over the fact that he didn’t immediately volunteer to return to the bench to accommodate me and my ever-shifting whims. But you know what? I’d rather just take the high road and forgive the man of his wrongs than cling to those hateful thoughts, justified though they might be.

So it’s time to let bygones be bygones. That’s why I’m generously offering to return to Green Bay this season during some nationally televised prime time game, and grant Packers nation the joy of witnessing me wear the green and gold one last time. And all I ask in return is for Aaron Rodgers to kneel in supplication before me on the fifty yard line, and apologize profusely to me for his grievous sins. He’ll need to be miked up for this, and he should throw in a few lines about me being infinitely superior to him in every way. Oh, and while we’re at it, Packers G.M. Ted Thompson should kneel and apologize to me as well for his part in that whole fiasco.

Come to think of it, the Packers are publicly owned, right? Every fan in attendance at the game is a partial owner of the team, right? Well, I guess it’s kneelings and apologies all around, then. The entire stadium will have to genuflect in unison, recite the official “statement of remorse,” that I’ll have displayed on the jumbotron, and beg my forgiveness for the shameful way in which I was treated. Then and only then can we put all this nastiness behind us and let the long-overdue healing begin.

No no, there’s no need to thank me. I’m just trying to be the good guy here.