STEUBENVILLE, OH – Brandon Weeden went 8-29 with no touchdowns and four interceptions during a mid-morning scrimmage at the Cleveland QB’s annual “Brandon Weeden Football Camp For Kids,” it was reported early today.

“It was really fun to meet Mr. Weeden and play on the same field with him,” said Joshua Kramer, 10, who recorded two of the picks as well as a sack and three hurries of the Browns second year signal caller. “He seemed to have some trouble going through his progressions, and I don’t think he had a feel for where our blitzes were coming from. We managed to get in his head early and keep him off-balance for most of the day. Also, can I have ice cream now?”

The camp is a three-day event for children aged 9-12, designed to introduce them to the basic principles of football as well as strengthen their understanding of various skills and fundamentals.

“Mr. Weeden was nice, and really helpful,” said 9-year old Hannah Moore, whose third quarter pick halted a potential scoring drive. “This was my first time playing football, so he told me that I would get to be the corner-back, or something? Anyway, he showed me a little about how to back pedal and break on a pass, and that came in handy when he threw off his back foot into the flat on third and long. Scoring a pick-six is fun!”

Weeden deemed the camp a great success and offered high praise to the young participants.

“These are a great bunch of kids, and I truly enjoyed working with all of them,” Weeden said after the game, while sporting a large bandage on his nose and a distinct bruise under his left eye. “I’m just sorry that I wasn’t able to sign any autographs for the kids after the game. I injured my hand when I got sacked in the 4th quarter by that big DE of theirs (11-year old Jeremy Higgins), and I’m going to need to keep my thumb on ice for a few days.” 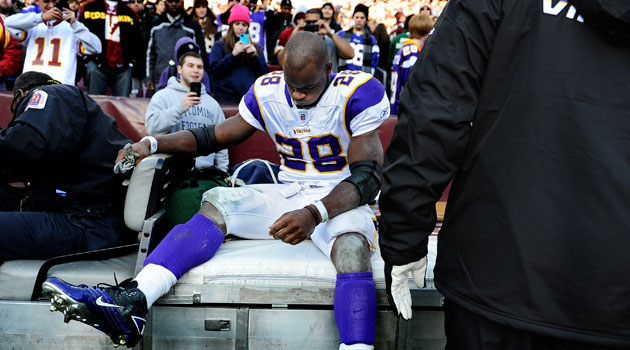