CHICAGO – With a 4-6 record that currently puts them a full three games back of their divisional rival Packers and Lions in the NFC North, the Chicago Bears today petitioned Roger Goodell and the NFL Head Office for an unprecedented mid-season divisional realignment that would move the underachieving team to the NFC Sorth, where their .400 winning percentage would place them in an immediate first place tie with the Atlanta Falcons and New Orleans Saints, sources close to the franchise confirmed early this morning.

“As anyone with a rough grasp of geography can tell you, Chicago has never belonged with its northerly neighbors in the icy wastelands of Green Bay, Detroit and Minneapolis,” said Bears head coach Marc Trestman. “No, as a southern city, we should take our rightful place in the NFC South. Chicago, with its balmy summers and above arctic winters, clearly should be grouped with the sun drenched cities of Atlanta and Tampa.”

When one reporter pointed out that Detroit was in fact a mere thirty-one miles north of Chicago, Trestman fixed an icy stare at the journalist, before unsettlingly asking “Do I need to give Brandon Marshall your Twitter handle?”

Critics of Trestman’s plan to vault his team back into playoff contention via the unprecedented November realignment were vocal in their opposition to the move.

“Whilst I understand Coach Trestman is keen to kick-start the once-proud NFC 2006 Champion Chicago Bears, such an in-season move is completely out of the question,” said Buccaneers coach Lovie Smith, whose 2-8 squad is somehow just two games out of first place in the NFC South. “To be honest, we don’t need this kind of distraction in the midst of such a tight playoff race.” 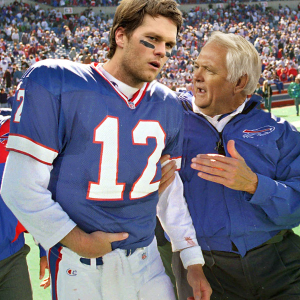 ALTERNATE UNIVERSE UPDATE: Buffalo Bills Sure Glad They Drafted Tom Brady in 5th Round of 2000 Draft 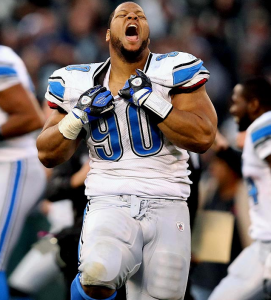