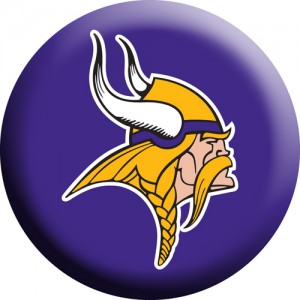 On the twentieth anniversary of the team’s first Super Bowl victory, members of the Minnesota Vikings 1990s dynasty looked back on the infamous “Trade-That-Almost -Was:” a proposed blockbuster deal that would have sent Dallas RB Herschel Walker to the Vikings in exchange for a bounty of draft picks.

“Oh man, you should have HEARD the price they were asking,” laughed Jerry Burns, the Hall of Fame coach who led the Vikes to three of their five titles during an unprecedented eight year span from 1990-1998. “I mean, three first round picks? Plus a bunch of seconds and thirds. For one guy? What are we, morons? Of course we told them to take a hike.”

“Do you realize that, if we’d made that deal, we never would have drafted Emmitt Smith?” seconded QB Rich Gannon, MVP of Super Bowl XXVII. “I mean, Emmitt propelled us to all those titles in the 90′s. I don’t know where we would’ve been without him, but I’m sure glad he’s always going to be remembered as a Viking.” 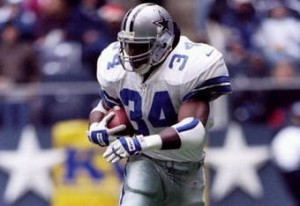 While the laughably one-sided trade is now legendary, few remember the details: then Cowboys owner Jerry Jones, along with former head coach Jimmy Johnson, proposed the trade to Minnesota in an apparently desperate attempt to revive their struggling franchise. Jones and Johnson tried to convince Mike Lynn, the Vikings’ deceased former GM, that his team was just one player away from a championship, and that a swap of Walker in exchange for a massive amount of high draft picks, would be in both teams’ best interests.

The Vikings, of course, rejected such a ludicrous offer, and went on to enjoy unparelled succes for the next decade while the Cowboys continued to wallow in sub-mediocrity. Johnson retired in disgrace after Dallas’ second consecutive 1-15 season in 1990, and Jones sold the team at a substantial loss three years later before declaring personal bankruptcy in 1995.

“I’m just so glad things worked out the way they did,” said Darren Woodson, the six time pro bowl safety acquired by Minnesota with one of the several draft choices they preserved by not executing the trade. To have been here with the Vikings through all those wins, all those championships. It was really special. I don’t even want to think about what might have happened if management had pulled the trigger on that deal. Thank goodness they knew what they were doing.”