Mat Millen, longtime NFL player as well as General Manager of the Detroit Lions for seven glory-filled seasons, returned to the Motor City today, and was honored with a parade through the city’s downtown district attended by tens of thousands of cheering fans.

“God bless you, Matt Millen” screamed grateful throngs lining both sides of the streets, waving blue and white pom-poms. “We’ll always love you for what you did for our Lions!”

While his adoring fans applauded him, the man who was dubbed “Sports Executive of the Decade,” waved and smiled from the back of a white Cadillac convertible that made its way down Matt Millen Memorial Causeway, formerly known as Michigan Ave.

“Today, we honor the greatest name in Detroit sports history” Mayor Dave Bing later said from a stage set up outside City Hall, as thousands listened. “And we say, ‘thank you,’ to the man who taught our Lions how to win again!”

Millen, a four time Super Bowl champion during his playing days with the Redskins, 49ers, and Raiders, took over as the Lions’ GM in 2001. Though some initially expressed skepticism at his hire, Millen quickly laid those fears to rest by transforming the Lions into a powerful dynasty via one shrewd personnel move after another. Before long, Millen had revamped the team’s once lowly roster into a crack squad of superstars that would run roughshod through the NFL during the 2000′s.

“The key to his success was the razor-sharp eye he had for college talent,” said Sports Illustrated’s Don Banks. “That man just knew how to draft like no one else. Some people said he was crazy to pick so many wide receivers in the first round. But wouldn’t you know it, they all turned into perennial all-pros..”

The pinnacle of Millen’s success was, of course, the 16-0 season he oversaw in 2008, which culminated in the fifth Super Bowl victory of Millen’s seven year tenure. “Boy, that year was pure magic,” recalled quarterback Joey Harrington, the league MVP for that season. “And Mr. Millen was the one that put us all together. Me, Ernie Sims, Charles Rogers, Kevin Jones, both Mike and Roy Williams. That was an all-star team. We couldn’t lose in 2008″

Although local citizens pleaded with Millen to stay, he chose to walk away from the team after that legendary season, leaving on as high a note as any NFL executive ever has.

“Come back to us Matt,” screamed one woman, wearing a signed Kalimba Edwards jersey. “We need you now more than ever!”

Indeed, the franchise has fallen back into dark times since Millen’s departure, as former first round draft choices Calvin Johnson Jr., and Matt Stafford have largely proven to be busts, and the team has failed to maintain the lofty standards set by Millen in the 2000′s.

“Now now, I know that Coach Schwartz is having a rough go of it these days,” Millen said to the crowd, in between rounds of thunderous applause and standing ovations. “And I see that my predecessors in the GM’s office have struggled to assemble a talented roster for him. Well, maybe that just goes to show you that not everyone is cut out to be an NFL general manager. But I’m sure they’ll get this thing straightened out eventually. And hey, if they don’t, I might just have to go down there and show ‘em how we do things, Lion style!” he said, as he crowd erupted into cheers.

“But for now, I am thrilled simply to return to the wonderful city of Detroit, and allow you to honor me here today,” Millen concluded from the stage, as the love and adulation of the assembled masses washed over him. “We had a helluva ride from ’01-’08, and I will always treasure the memories of those victories. Remember, they said we couldn’t do it. They said a former linebacker and broadcaster like me wasn’t suited to be an NFL General Manager. Well, we sure showed them, didn’t we?” 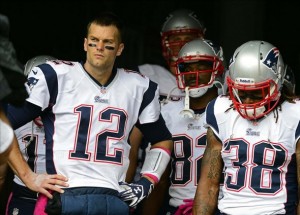 Tom Brady: “Fuck It, I’ll Just Have To Win All These Games By Myself” 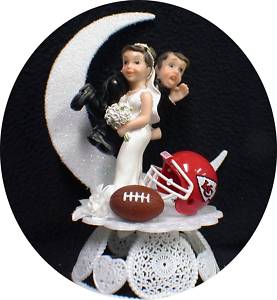