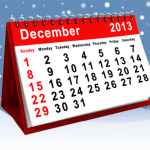 Ah Tony Romo. Greetings to you, my old friend. Has it really been 12 months already since last you felt my wintery chill?

Well, here we are again. You, with your annual won-loss record that hovers right around .500, and me with my slate of crucial late season games, each fraught with more playoff pressure and high expectations than the last.

We make quite the pair, you and I, do we not?

I notice that you have won two straight games, against the New York Giants and the Oakland Raiders. Bully for you, dear chum! You and your star-helmeted compatriots have positioned yourselves nicely for a divisional title run and a shot at that elusive playoff glory you crave so deeply. But ah, now is when the game is truly afoot, is it not? For now is the time when I arrive to bring you a quartet of games against the Bears, Packers, Redskins, and Eagles. Each will test your mettle, and shine my harsh winter’s light on your flaws and shortcomings. 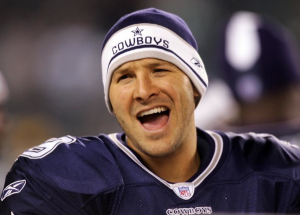 Perhaps you are telling yourself that this year will be different. Maybe you believe that your 2013 season will end with a six game winning streak that will propel your beloved Cowboys into the playoffs on a surge of momentum to carry you all the way through to a glorious Super Bowl victory. Is this the case, Tony Romo? Are these the championship thoughts you whisper to yourself in order to stay warm on these frosty nights of late?

If indeed that is the case, then I fear you have underestimated me, my old friend.

You see, I have rather large plans of heartbreak and failure in store for you over the next four weeks. Your Christmas stocking will be stuffed with quite the assortment of dropped passes, drive-killing penalties, and a fourth-quarter pick-6 or two. Additionally, your team will feature a defensive breakdown that will allow over 40 points and 500 yards, for which you personally will somehow be blamed.

And those aren’t the last of my seasonal treats, dearest Tony. Would you like to know which game will see you rolling on the ground on agony as a result of a vicious blindside hit, or the exact number of fractured ribs you will suffer as a result? Well forgive me, my holiday nemesis, but that information will remain my secret for the time being. Surely you can indulge the whims of a mischievous calendar month such as myself? I do so love my little surprises.

So in conclusion old friend, I suggest you prepare yourself for my usual end-of-year hijinks, for our long and storied rivalry is about to enter its greatest chapter. Set your sights high and dream your little dreams of greatness, because only when your goals are at their most epic can your tears of sadness taste their sweetest.

Oh, and if you see Matt Ryan, please inform him that my good friend the month of January is very disappointed that the two of them won’t be sharing their regular dance of disappointment during the new year, but that he very much looks forward to establishing a new relationship of failure and shame with Cam Newton and Nick Foles.