INDIANAPOLIS – Decrying the city name as “hurtful,” bigoted,” and “hopelessly outdated,” representatives of the Oneida Nation picketed Colts headquarters today, demanding that the NFL franchise immediately scrap the “Indianapolis Colts” moniker used by the team since its move from Baltimore in 1984, in favor of the more politically correct “NativeAmericanApolis Colts,” sources on the scene reported. 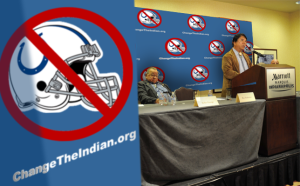 “The time has come to right this shameful wrong that has persisted for far too long,” said Joseph H. Cook, spokesperson for the Oneida tribe. “Racist words like ‘Indianapolis’ foster the hatred and prejudice that indigenous people must endure every day. We will not rest until the local NFL franchise has been rechristened the ‘NativeAmericanApolis Colts.’ Only then will the people of NativeAmericanApolis, NativeAmericania have a team of which they can be proud.”

Cook went on to explain the background of the Colts “despicably named” home city.

“Look, every schoolchild knows the shameful story of how the city of Indianapolis got its name. Christopher Columbus first set sail from Spain in 1492, looking for shorter spice trade routes to Asia. But instead, he landed on the shores of America, where he called the people he discovered ‘Indians,’ falsely believing himself to be in the nation of India. Later, of course, he traveled inland to the midwest region of this new land, where he found a fertile territory nestled in the Central Plains region near the mighty White River. And Columbus thought to himself, ‘Hmm. This would be an ideal spot for a state capitol building, a motor speedway, a burgeoning retail and manufacturing based economy, and maybe an international airport to serve as a postal service hub.’ And thus, the city of Indianapolis was born.”

“No, no, that’s not even close to the story of how Indianapolis was created,” sighed Dr. Victoria Cruchfield, professor of American History Studies at Purdue University. “Our great city was founded in 1820 by orders of the State General Assembly. It was intended as a center for government as well as a focal point for transportation and industrial purposes. This entire protest is ill-conceived, poorly researched, and quite frankly one of the silliest things I’ve ever heard.” 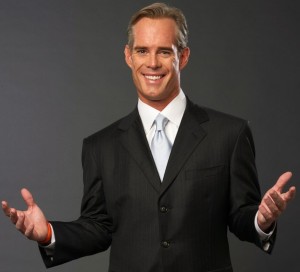 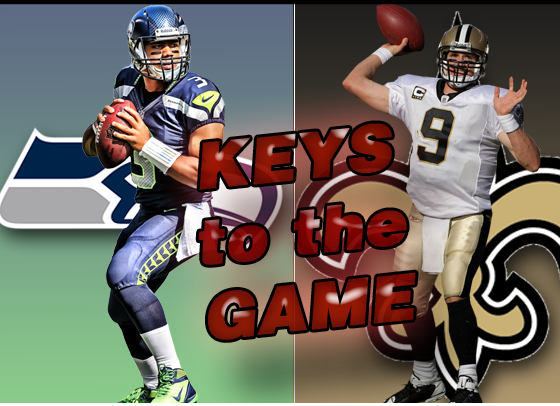 KEYS TO THE GAME: Seahawks-Saints